It is widely assumed that all clinical cancers must overcome the predator-like effects of the immune system during the course of their development and that harnessing the immune response to tumors could be an effective therapy. However, only in the last few years has immunotherapy begun to fulfill its promise as new agents and strategies are beginning to elicit significant tumor responses. Unfortunately, like other tumor treatments, immunotherapy is typically defeated by the tumor evolutionary response. This workshop will consider all aspects of the immune-tumor interaction through a range of cancers and treatments. Most cancers have at least a few effective therapies, but even these few produce a huge therapeutic parameter space of drug combination and dose schedules. An obvious challenge then is how to combine therapies that exploit an immune response, whilst maximizing tumor response and minimizing immune toxicity and treatment resistance. 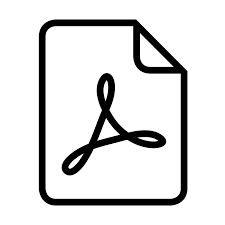 There is an urgent need for reliable systemic therapy for patients with metastatic sarcoma. Approaches that manipulate the immune system have shown promise for patients with advanced, widely disseminated malignancies. One of these approaches is adoptive cell therapy (ACT), where tumor-infiltrating lymphocytes (TIL) are isolated from the tumor, expanded ex vivo, and then transferred back to the patient. This approach has shown great promise in melanoma, leading to an objective response in approximately half of treated patients (Moffitt Cancer Center, unpublished data). Standard protocols involve characterization of TIL populations with respect to adaptive CD4+ and CD8+ T-lymphocytes, but neglect the possible role of the innate lymphoid repertoire.

Due to toxicity and the high cost associated with ACT, the IFN-γ release assay is currently used as a proxy to identify suitable TIL isolates for ACT. Efforts in TIL-ACT for sarcoma, which are pre-clinical and pioneered at Moffitt Cancer Center, have stalled due to widespread absence of activity in ex vivo IFN-γ assays. Surprisingly, internal melanoma trial data reveal a lack of correlation between IFN-γ assay and clinical outcomes, highlighting the need for a more reliable proxy.

We hypothesize the existence of a predictable TIL meta-phenotype that leads to optimal tumor response. The overarching aim of this proposal is to integrate prospective and existing patient data with mathematical models to optimize the TIL meta-phenotype prior to re-injection. To ensure clinical applicability, we have centered our efforts on two clinical questions formulated as the following specific aims:

Interactions between lymphocyte sub-types in the tumor microenvironment are preserved ex vivo and result in a “meta-phenotype” that impacts clinical potency. Further, this meta-phenotype can be empirically characterized.

The identification of optimal phenotypic TIL signatures will improve the efficacy of ACT.

Construct mathematical models to characterize the optimum patient-specific TIL meta-phenotype in metastatic sarcoma.

Existing functional knowledge of TIL sub-populations in patients treated in clinical trials at Moffitt Cancer Center is sufficient for the development of mechanistic mathematical models that predict their dynamic interactions and clinical outcome following ACT.

This proposal aims to improve the clinical efficacy of ACT over existing, poorly predictive, proxy methods for evaluating antitumor response. Furthermore, identifying predictive signatures of TIL meta-phenotype will advance our understanding of the complex functional interactions that have the capacity to drive the immune response toward reactivity or suppression. While the current proposal focuses on metastatic soft tissue sarcoma, the knowledge gained through this project will inform more effective approaches to other cancers.